If you find yourself having an abundance of eggs that are sure to go to waste. Then here is a variation of our family’s Egg Omelette recipe we would like to share with all our readers to give a try. It is packed full of flavor and is sure to please. Eggs are a favorite in our family and if you like eggs like we do or are looking for a different spin to your breakfast meals, then give this crowd pleasing recipe a try. Feel free to adjust or eliminate any ingredients you don’t have or would like to include and make this recipe your very own, according to your taste.

So, here are the ingredients you will need.

1. Mix all eggs in mixer or with an egg beater.
2. Add all spices, milk, and water to your eggs.
3. Combine all other ingredients, onions, shallots, and meats into your mix and place in a large oval Dutch oven or large glass baking dish. You can choose to mix in some of your cheese or simply sprinkle on top of your mixture and the pop it in the oven.
4. Bake at 300 degrees Fahrenheit for 15 to 25 minutes or until knife inserted into omelet comes clean.
5. Sprinkle with some fresh dill (optional) and enjoy while hot.

Avena (which means oat in Spanish) is a drink that is best known in South America and some parts of Mexico. But as with many dishes or foods around the world (beverages included), each country often has its own spin on things.

In the following recipe, we make it easy for you to choose or take your pick of which version to make.

1. Boil water and milk in a saucepan.

3. You can also mix oatmeal with water and milk and blend well prior to cooking.

4. Bring mixture to a boil.

5. Cook until slightly thickened for approximately 15 to 20 minutes on medium high. Or until liquid is reduced by a fourth of the way or to desired thickness.

7. Add in your spices (cloves, ginger cinnamon, vanilla) and butter if you choose to make the Puerto Rican version or you can. If you are making the Dominicanian version, you can add in your ginger and citrus peels.

12. You can blend mixture if you didn’t in the beginning once it is cool enough. Or let the oat meal settle to the bottom and enjoy the beverage.

This is great as a breakfast or a light snack in between meals. You can sprinkle a touch of cinnamon before drinking or enjoy as is.

Note: It is best served warm. Refrigerate any leftovers for up to 3 days. You can double this recipe if needed. 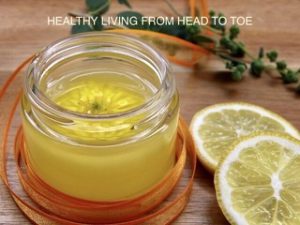